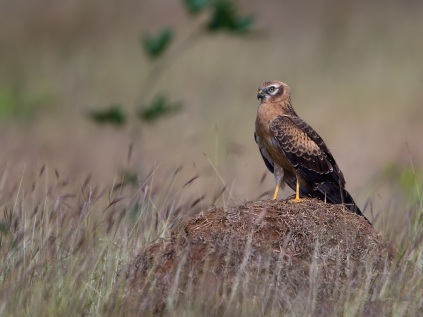 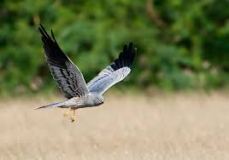 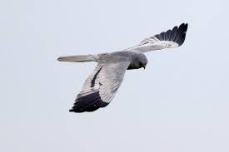 Last month came the sad news that Sally, a Montagu’s Harrier featured on BBC Autumnwatch, had gone missing and presumably killed illegally. The bird was tagged and released into the wild on the show last year and researchers followed her migration to and from Africa.

The RSPB, who were monitoring Sally’s progress, lost track of her signal on 6 August around her Norfolk nesting site and believe she has been illegally killed. If a tagged bird dies from natural causes, the satellite track is not lost and the corpse can be found, so foul play is of course suspected. Birds of prey are often persecuted by gamekeepers and shooters in efforts to protect their grouse and game from birds they believe their profits would otherwise fall victim to.

Sally and her mate Roger was one of only 4 breeding pairs in Britain, so she was incredibly rare and vital to raptor conservation in the UK. They had been breeding in Norfolk for 2 seasons and so far had successfully raised 5 chicks. Sally was 4 years old and could have bred til 20, so this is a significant loss to the population.

To all accounts, Sally was a remarkable birds; according to Mark Thomas of the RSPB:

“This year she timed her return migration to perfection, arriving back in Norfolk at the exact time as Roger and they met up once more over last year’s breeding field. Her satellite tag has been very reliable giving us a daily window into her life.”

“We cannot directly accuse the shooting fraternity of illegally killing this bird but the fact it disappeared under such mysterious circumstances is enough to raise suspicions.”