Spring has sprung, and, for animal shelters worldwide, that means the imminent arrival of hundreds of discarded bunnies in the weeks following Easter. 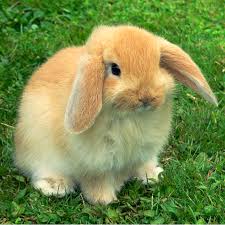 Rabbits do not obey the myths surrounding them: they don’t like to be handled by humans, they dislike being confined in cages, and, most annoyingly for homeowners, rabbits can chew through pretty much anything. They just don’t stop chewing.

When pet stores sell their Easter bunnies, the cute little creatures are small, fluffy and adorable. Hard for most parents to resist. But they grow, and, if, paired up with another rabbit, they breed. And breed and breed and breed. Like rabbits.

Many families give up on their Easter critters within weeks, and animal shelters are consequently overwhelmed. Buying Easter bunnies encourages bad breeding practices that result in a surplus of bunnies from consumers’ ill-conceived purchases.

80% of easter bunnies end up in shelters and those are the lucky ones – some families assume bunnies will be better off in the wild, so release them. However, bunnies are prey animals, and not used to the wild so they simply won’t survive.