2 years ago I wrote THIS blog post about Tory attempts to repeal the Hunting Act and I can’t believe we’re STILL having this argument and I’m STILL having to protest this shit.

It’s illegal. Give it up. Find another hobby. One that doesn’t involve foxes being torn apart and hunting dogs being mistreated and destroyed.

It has been years since I’ve ridden a bike and, wanting to have an alternative to getting around when my car is out of action or I just fancy being in the open air, I decided to a get a bike.

Reader, I bought a girly bike. A vintage bike. A pretty bike.

I won’t pretend to be some kind of fitness expert or serious cyclist in lycra. I just want to ride a bike into town sometimes or take a trip along the local countryside cycle path on a sunny Sunday afternoon.

Today I managed 6 miles! My thighs ache and I will have to spend the rest of the day recovering. But it was worth it because it was enjoyable and easy-going along the cycle path by the river.

It’s a Pendleton Somerby, in case you’re wondering. I’ve since bought a wicker basket to go with it. Just needs a baguette.

Finding the right pair of binoculars for a fussy consumer like me is a time consuming business, one I don’t care to repeat again. Luckily, I got an excellent pair for my birthday this year, and so far they have been so reliable and handy for birding.

The Eyeskey Binoculars *** are waterproof, lightweight, and offer very clear vision at 10x magnification.  The reviews are very good for mid-range binoculars so if you’re on a budget I definitely recommend. The depth of vision isn’t as great as other binoculars but for birding the magnification is really impressive.

*** FYI this is an affiliate link to the Amazon listing of this book.

But if you DO want to subscribe to my blog by email you can now do so. Just click the follow button on my home page and you’ll get email notifications of my new blog posts.

TFR (means ‘thanks for reading’). Dunno if that’s a thing yet but it should be.

May Day Bank Holiday took us out to Blickling Hall in Norfolk (or Bono’s house, as Alan Partridge once famously claimed), where we witnessed the annual spectacle of the bluebells. I was expecting to be a bit disappointed – so much hype suggested to me that it would not be all that impressive a display after all.

Reader, I was impressed. Exhibit A (mixing metaphors much?)

(I think that’s just a labrador left of shot – not a deer, optical illusion, or some kind of Elfin Beast.)

On the magic of bluebells

The British Isles are a stronghold for bluebells, boasting more than a quarter of the world’s population. They are perennial plants that grow annually to produce dazzling displays of carpets of bluebells and they are an indicator of an ancient woodland. It is a criminal offence to remove common bluebell bulbs as it is a protected species. They also produce certain alkaloids that are similar to compounds used the treatments for HIV and cancer, and they are used in folk medicine as a diuretic.

Bees sometimes bite a hole in the bottom of the bell of the flower to steal the nectar without pollinating the plant.

In the Bronze age, people used to use bluebell sap to set feathers on arrows.

You know about camping. It involves pitching up in the falling darkness, carrying your washbag to the nearby smelly toilet block, being kept awake by fellow campers, and trying to dry out your tent before you have to bed down for an uncomfortable night in it.

But have you heard of wild camping?

Wikipedia doesn’t bother to define it. It’s also technically illegal (though widely tolerated) in most of the UK, so I’m obviously not encouraging you…. If you do decide to defy the law, however, you might want to think about where and how to go about wild camping. Do you want to escape into nature for a few days and/or give your children a true adventure?

There are a few points to remember:

So if you want to “get back to nature” and have a proper experience of the stars without light pollution, camping without the annoying families, survival by your own skills and no reliance on phones, then wild camping might be for you. There are sanitized versions where you can camp on the edge of the wilderness in a managed site, or there are more adventurous versions that involve climbing a mountain or wandering deep into a forest and pitching up somewhere where no one can find you. Nature is great for your physical and mental health, the perfect antidote to hectic modern lifestyles, and it’s so much more memorable and interesting than lounging by a Spanish hotel pool.

Our little cottage garden is quite small so there’s not much we can do with it. It is mostly paved over with border beds, though they are thriving with greenery, and a large apple tree and several rose bushes. It’s very pretty but it would benefit from a water feature.

So we bought an old Belfast sink through Gumtree, took a bank holiday trip to the local garden centre and bought a variety of pond plants and gravel. First attempt the water was very red and cloudy (from the pre-washed gravel – washed in clay??) so it needed a re fill and now it’s really quite clear. 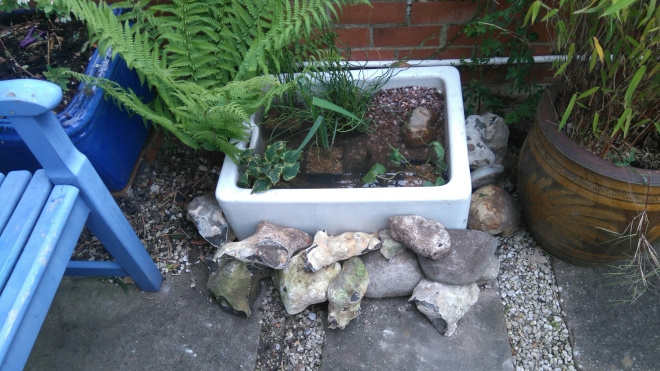 An old milk bottle top did the trick of blocking the plug hole and the fern and bamboo will provide some shade to keep the water cool.

The RSPB website has a really helpful guide if you want to have a go at creating a little pond in your garden yourself.

And now we just wait for all the amphibians in the neighbourhood to discover it. :) 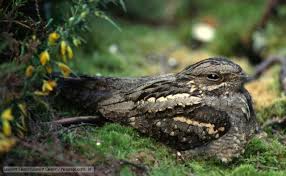 I’ve not blogged in a while because I have been busy with others thing (including overtime at work) and also I suppose I was waiting for the warmer weather to appear to give me an opportunity to find something to write about.

Last week we went to Lakenheath Fen on the Norfolk/Suffolk border, a reserve managed by the RSPB. I hadn’t been there before but was aware it has a variety of habitats – woodlands, wetlands, reedbeds, etc. – so I was expecting to get some use out of my binoculars.

Instead it was mostly my ears that took centre stage as there were many interesting bird sounds from the reedbeds from elusive birds that just didn’t emerge, no matter how long we waited. Bitterns booming and never appearing is an experience I am used to, but I had not expected that when wandering down the path back to the visitor centre we would disturb a nightjar!

The sound was so puzzling to a very amateur birder like me – it sounded like a computer game, or a laser, or a machine. We couldn’t spot the creature, didn’t even manage to get a recording, but when googling it days later we realised it could only be a nightjar. I know it’s unlikely and unusual behaviour at this time of year but I can’t think that we could have confused such a distinctive sound.

This was on the 1st of April, on a reserve that had no prior reported sightings. They do nest in nearby Thetford forest so I imagine this one was on its way there and stopped off to see if maybe this territory might be suitable nesting ground.

Other birds that we actually spotted that day include blackcaps, reed buntings, cormorants, marsh harriers, egrets, herons. There were also some garganeys but they were too far away for binoculars to take in. 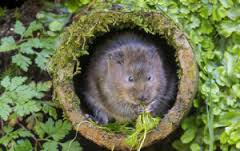 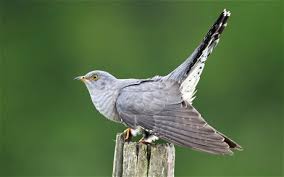 The National Trust is a much-loved heritage organisation in the UK that protects interesting or historic buildings, manages and conserves the site and land, and provides access to the public. But did you know it allows promises to protect plant and animal life? The commitment is even within its founding principles:

The National Trust shall be established for the purpose of promoting the permanent preservation for the benefit of the nation of lands and tenements (including buildings) of beauty or historic interest and as regards lands for the preservation (so far as is practicable) of their natural aspect, features and animal and plant life. Section 4.1 National Trust Act, 1907

The organisation has arguably lost touch with the final clause of its mission statement and has yesterday vowed to play a more active role in enabling nature to thrive on its land. It aims to do this encouraging its tenant farmers on its 250,000 hectares of land to create wildlife corridors, maintain hedgerows, improve water and soil quality, install ponds, plant new wetland, and establish lowland wildflower meadows.

Considering the Trust owns 1% of all land in the UK, their decisive actions could provide necessary habitats for our most threatened native species, including natterjack toads, cuckoos, water voles, lapwings, and curlews, all of which are gradually vanishing from the British countryside when before the radical changes to agricultural practices they were commonplace creatures.

NT aims to create 25,000 hectares of new habitats by 2025 – a nice, quotable figure, but is their ambition attainable and will it be enough to reverse the devastating decline in so many of our native species as demonstrated by last year’s State of Nature report delivered by the Wildlife Trusts? Over 56% of our species have declined in the last 50 years, a significant blow and an enormous hurdle for any one organisation to tackle alone.

Indeed, is the National Trust’s goal compatible with its concessions to field sports? Read their position on field sports and shooting here. It states that it takes strong action against lawbreakers and insists that those participating in field sports do so in compliance with their codes of conduct; however, the League Against Cruel Sports has little confidence in the National Trust to protect its land and wildlife under its own terms of license conditions. It appears to lack the resources to take proper action or investigate claims of illegal hunting unless there has been a police investigation and conviction.

It’s time to ditch the heavy winter coats, set the central heating down a notch, and start preparing the garden because everyone’s favourite season is fast approaching. My walks home from work between 5-6pm are no longer cloaked in darkness and I’m starting to notice bulbs and blossom coming out.

Here are my most encouraging signs of spring that I’ve spotted so far.